Photo by Gerald Schömbs on Unsplash

Rachel Resnik is an actor, writer, and comedian originally from…

Why do we give all of our love to sharks during Discovery Channel’s Shark Week? Sharks have really awkward camera angles. They’re terrible at walking the red carpet because they don’t have legs. They have no “umph.” No charisma. Just a lot of teeth. So why have a whole week devoted to them?

Shark Week has occurred without fail since 1988, which is absurd, since they definitely aren’t as nice as dolphins. Sure, sharks have had movies written about them, like Jaws, which are very exciting—however sharks, in reality, are not that exciting. Wow, I guess Jaws is to sharks what Nicholas Sparks is to love.

Recently I was thinking about all of the animals that Discovery should devote an entire week to.

Here are some suggestions:

They’re cuddly giant rats! OK, they, like sharks because have very sharp teeth and I wouldn’t cuddle them too close, but they’re too cool. One of them was just loose in Toronto Canada in Hyde Park, and people went crazy!

They escaped from the zoo! Where’s their Pixar movie contract?

Imagine if we had a whole week of television about them! Sharp teeth. Oh, and they can live underwater for five minutes straight! That’s a lot of breath-holding. Sharks can only live in water.

Look at this picture:

It’s a fuzz ball. Don’t you want to watch a week about fuzz balls more than slimy sharks?

Angora rabbits were very popular in the mid-18th-century French court. I think they’re possibly actually what’s on Marie Antoinette’s head in iconic paintings of her. Wouldn’t you watch a historical angora rabbit show? It would be like the Tudors mixed with Watership Down. I smell a hit!

We destroyed all of their natural habitat, but they still want to live in the cities we live in!!! Venice, New York, Philadelphia, Paris—all of these places have pigeons. They are truly birds of culture. They are super smart. One time I saw one of them get on the subway, ride it for one stop, and then get off again. So smart, he didn’t even use his wings. It took years for people to figure out how to be that lazy! Have you ever sat and watched pigeons? So much drama. They fight over food. They get hit by cars. There’s more pigeon drama than between the Kardashians.

I would watch that for three months straight, let alone just for one week on Discovery. There are three Kung-Fu Panda movies. PANDA. Animated sharks usually end up in animated ensembles. Like Finding Nemo. Jabber-Jaw doesn’t count. He gets no respect and is in a band. If this isn’t proof that we want more pandas on television, I don’t know what is.

Um…turtles can breathe through their butts. Need I say more?

In case you need more convincing:

They get so old. They’ve probably seen lots of things that happen on the planet. We should interview them. They know how to hide from their problems well. I would definitely subscribe to a turtle-narrated YouTube channel.

I realize that mainly I’ve been partial to land creatures, which is pretty discriminatory. Vampire squids can turn themselves inside out. They are also called VAMPIRE SQUIDS. How epic is that?! They have eight arms. They don’t hunt. THEY WAIT FOR THEIR FOOD TO COME TO THEM! This is more interesting to me than a shark killing a seal for a whole week.

Look at the physical comedy! They are the Will Ferrell of the animal world!! They’re called sea cows! When they travel in packs, there’s no leader or follower. Isn’t that beautiful? They just trust each other! Unlike sharks, I think they’re vegan, but I wouldn’t know, since there’s no week about them! Hint, hint.

Otters are charismatic creatures. They can captivate an audience for many many hours.

Like pandas, no one can resist otter videos. They are the animal version of Benedict Cumberbatch.

Who doesn’t want to watch a week of the animal version of Benedict Cumberbatch?

THEY’RE NATURALLY POLKA-DOTTED ANIMALS! They are so tall. They walk so awkwardly. Their tongues are so long. Oh shit, this describes any boy I’ve ever dated. (Minus the polka dots I guess). If you’re like me, you’ll love a week on giraffes. 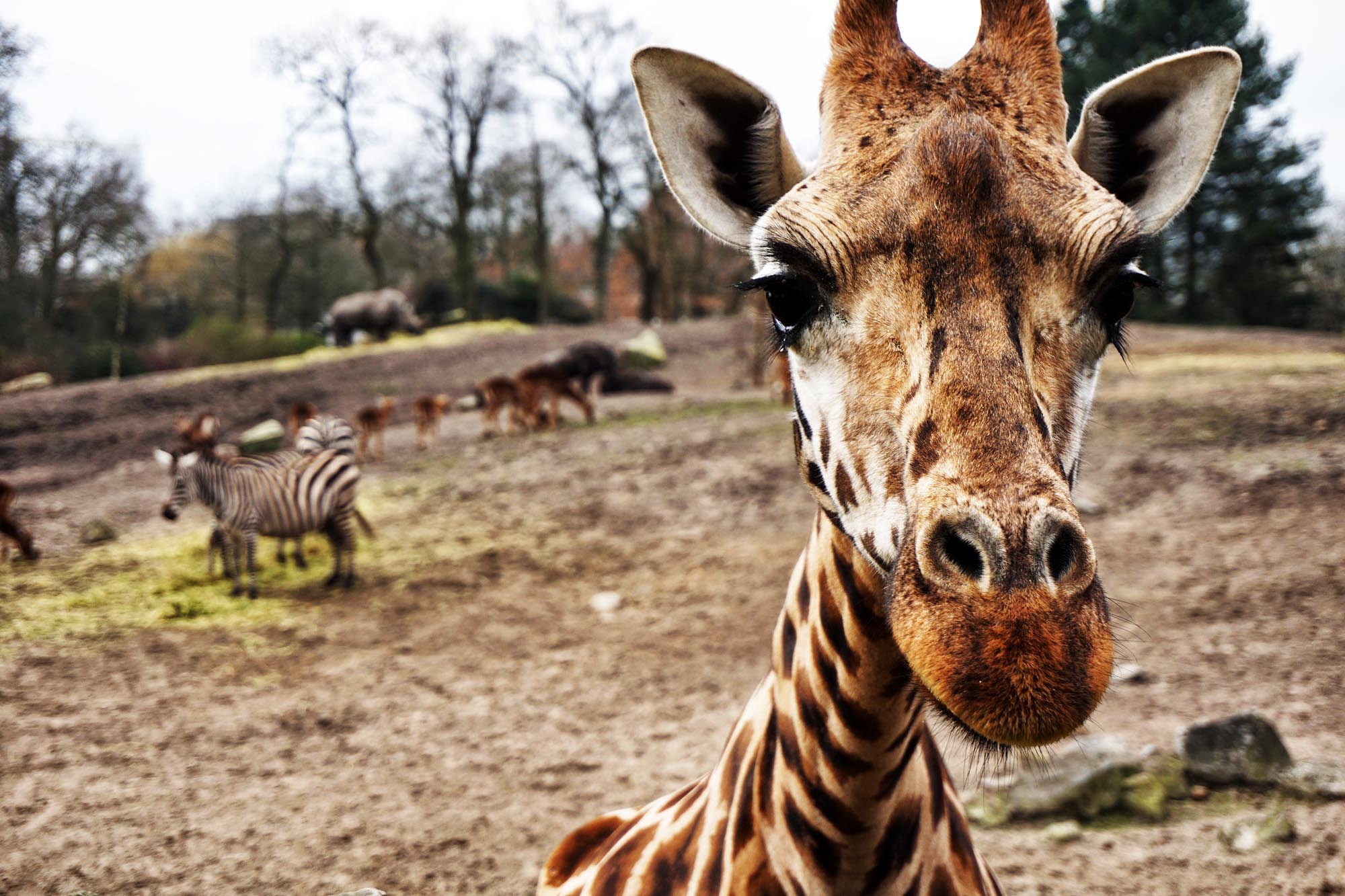 I’ve always been obsessed with these. Half zebra?! Half horse!!? They’re like natural centaurs (without the people part!)

Did you know the okapi’s only natural enemy in the wild is the leopard? And that they’re a relative to the giraffe? And everyone knows how I feel about giraffes.

Oh okapi, what are you??? Are you an anteater, deer, giraffe or zebra? I don’t know. But I love you. And you clearly need your own week.

Are Your Breathing Habits Affecting Your Wellbeing?

8 Ways You Can Help Your Aging Parents Be Healthier & Happier

How to Make Your Smart Home Pretty & Functional

5 Mystery Books To Help You Beat The Scorching Summer Heat

The Soundtrack to My Breakup Recovery

Moving With Pets: Tips for Finding a Pet-Friendly Apartment

Actual Good News That Happened In This Awful World