Ravynn is a graduate of the University of Virginia, where…

Thanks, Michelle: A Love Letter to Michelle Obama

Recently, I found myself wondering about which Hogwarts Houses my favorite Gilmore Girls characters would be in, and it turns out, I’m not the only one. The staff of Literally, Darling and I recently discussed, disputed and sorted the inhabitants of Stars Hollow, because who doesn’t love a good crossover? While you could probably make a good argument for House placements, here is where we think they’d go: 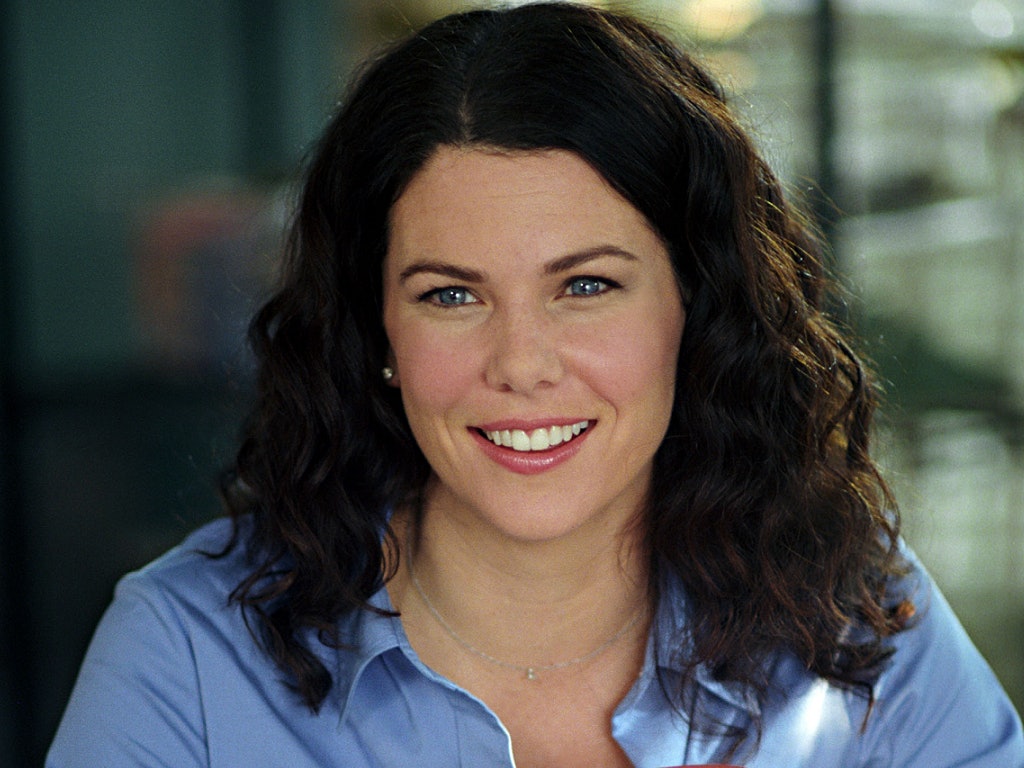 My first instinct was to place cultural reference savvy, witty, and creative Lorelai in Ravenclaw, but at her core, Lorelai was brave enough to go through with a teenage pregnancy, courageous enough to seek out an emotionally better living situation for her and her newborn daughter, and despite being dirt poor with nowhere to turn, she was determined to make it work, if not for herself, but for the sake of her daughter. What Lorelai wants, Lorelai gets; she is a stubborn go-getter who has no idea what the definition of “settling” is. Not to mention, she’s the life of the party and the heart of Stars Hollow. There was nowhere for her but Gryffindor. 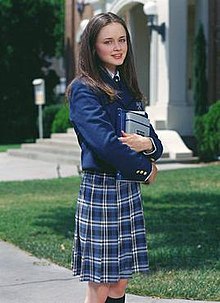 Need I say more? Rory’s love of learning and wit are her dominant traits. Her tendency to live primarily in her head make her a mystery to the guys interested in her and an enabler in her mother’s efforts to live exclusively in “Lorelai Gilmore world,” where there are newspapers that only report happy news and a never ending supply of coffee. The closest characters Gilmore Girls has to antagonists, it seems only right that social climbing and ambitious Richard and Emily are the primary Slytherins of the bunch. It may be tempting to place Richard with Rory in Ravenclaw, where they can discuss The Rise and Fall of the Roman Empire, but at the day’s end, Richard’s favorite hobby is finding new ways to become successful at his job, making Emily’s favorite hobby encouraging his ambitions. They’re both masterfully cunning, suckering their daughter and granddaughter into weekly Friday night dinners, “accidental” Yale interviews, and final mother-daughter therapy appointments. Plus, you have to admit, where Emily is, is where Richard will be. 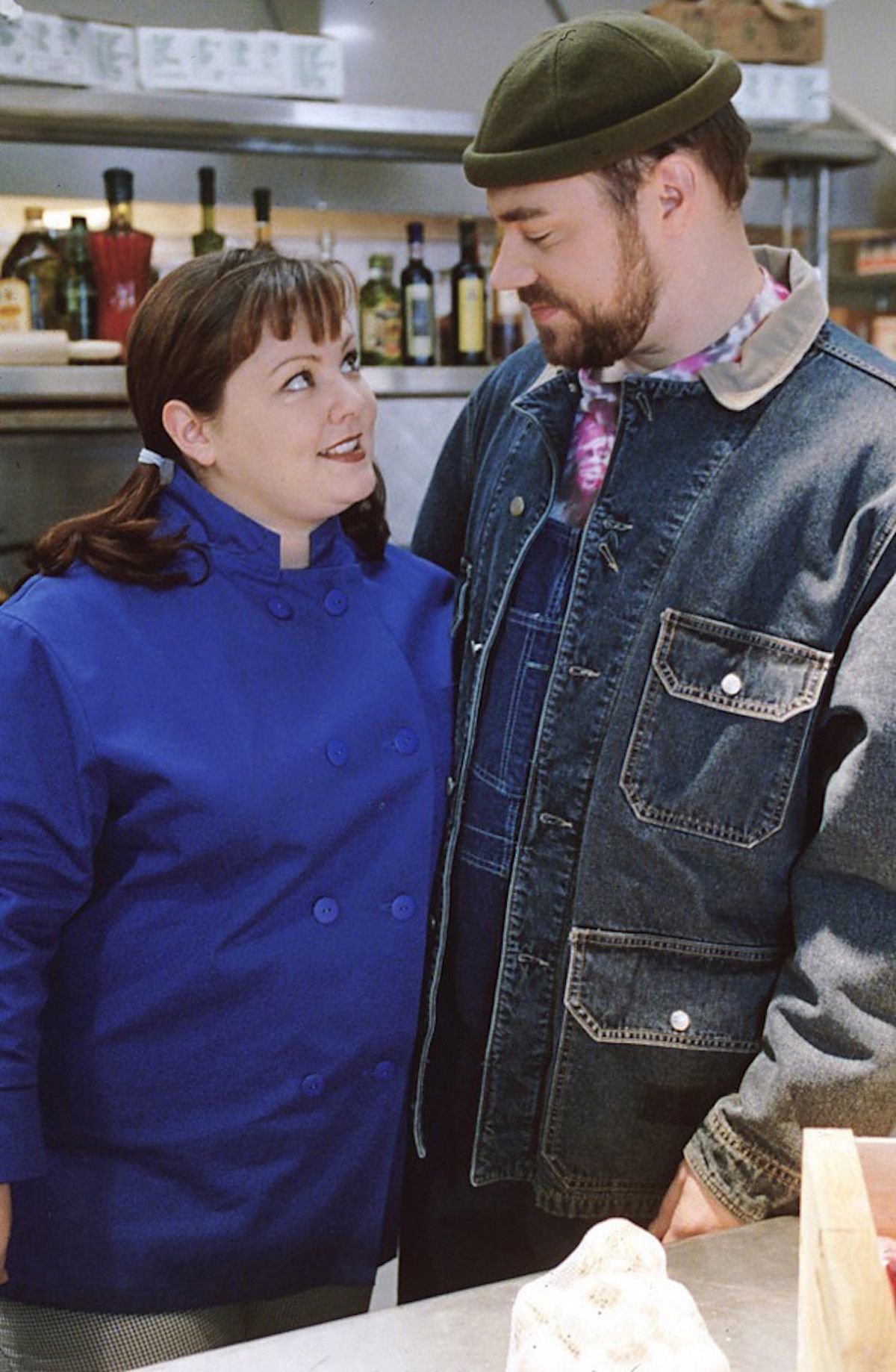 Two of the most stable, loyal and patient characters in the entire show, Sookie and Jackson exemplify the principles of Hufflepuff House. Sookie is happily loyal to her flighty and sometimes emotionally irrational best friend, providing an anchor in Lorelai’s life. Plus, let’s remember that Sookie and Jackson’s love evolved in the kitchen, a spot known for being dangerously close to the Hufflepuff common rooms. Luke could arguably be a Gryffindor, but his loyalty and steadfastness provide another anchoring force in Lorelai’s life. Luke is such a dependable man, so solid and routine that his regular compassion for those he loves in his life could often go overlooked. Never extravagant in his love, not one for over the top romantic gestures, Luke prefers to show his love by making sure his two main girls are well fed, safe and financially taken care of. Luke takes care of the mechanics of life so that Lorelai can provide the fun. 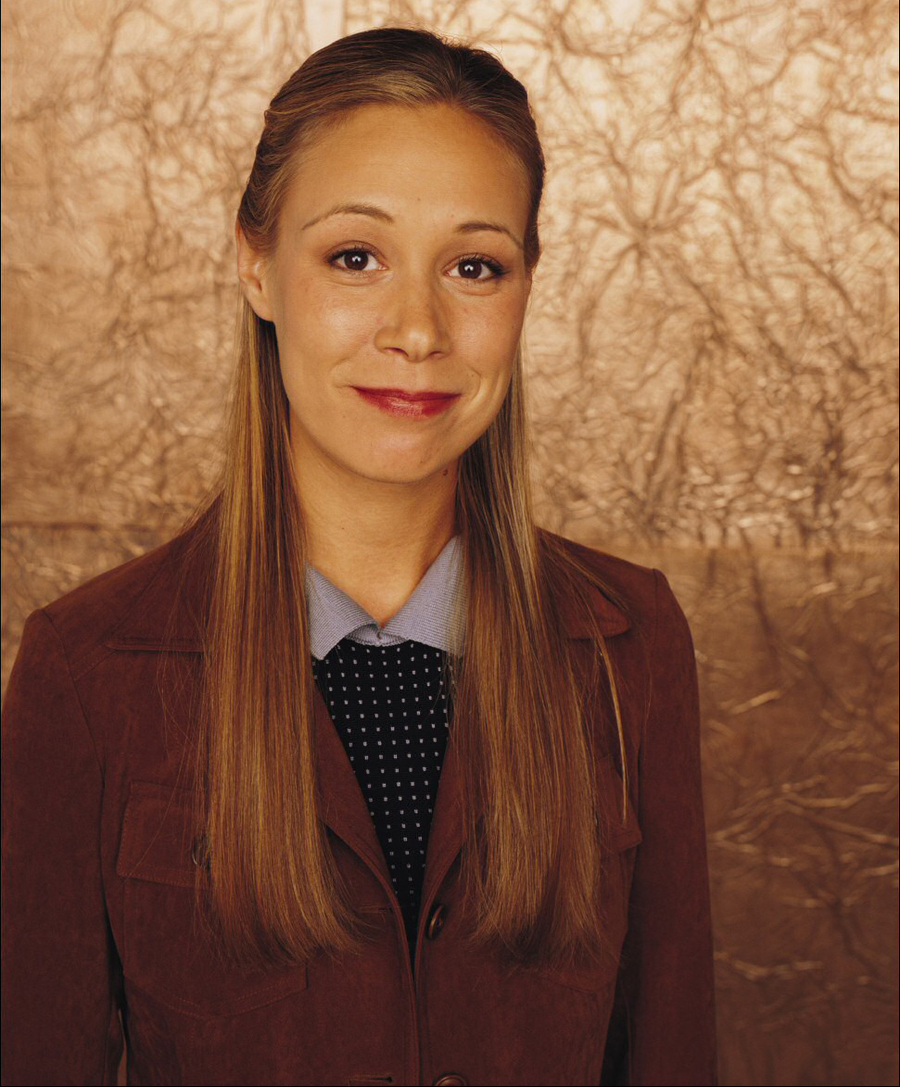 High intensity, highly ambitious, deeply intelligent Paris Geller screams Slytherin. Not necessarily evil, though she certainly comes off that way in early seasons, Paris doesn’t let anything come between her and her goals. And, in a typical cunning Slytherin manner, when she realizes she can’t always beat Rory, she instead joins forces with her, realizing they have greater impact together than alone. If living a double life under the watchful eye of Mrs. Kim doesn’t qualify Lane for the badge of Gryffindor bravery, I don’t know what does. Lane is passionate and pursues what she loves, letting absolutely no one get her way. She could easily be the life of any party…if her mother would ever let her go to one.

Dean gets Hufflepuff status as Rory’s emotional safety net. He is loyal (almost obsessively so) and fair, a true Prince Charming among men. Even though Dean looks like he could be the bad boy, he’s really got a heart of gold, and the only un-Hufflepuff trait he’s got is that quick temper, especially when it comes to… 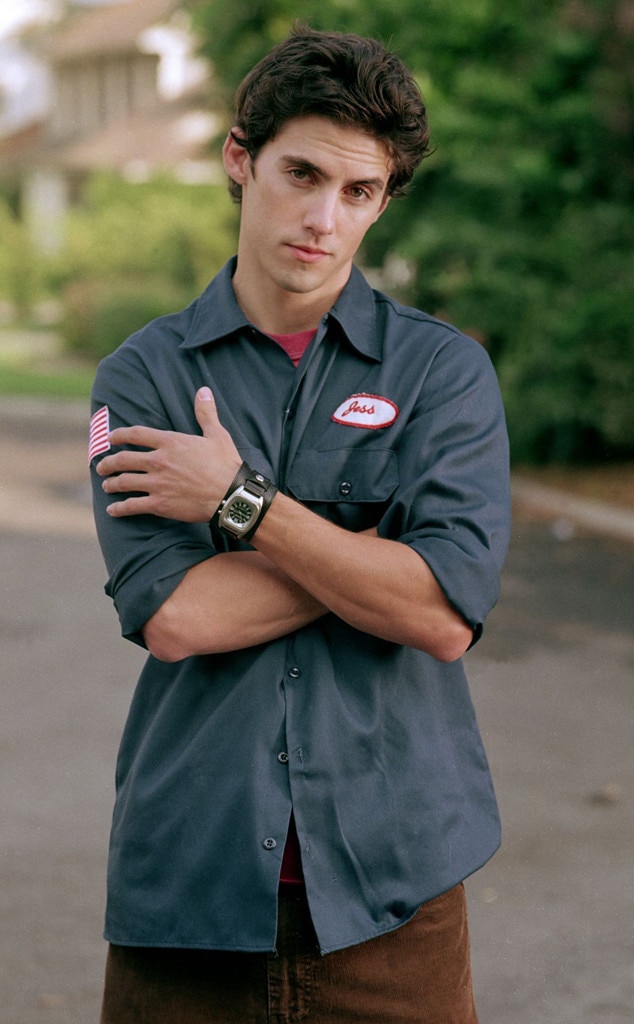 Another of Rory’s boyfriends, Jess’s natural inclination towards books and philosophical questions land him in Ravenclaw, despite his reluctance to get his knowledge from schools and teachers. Whereas Rory will take her learning in any form she can get, Jess prefers to figure it out himself and learn what he wants to learn, rather than what any “system” wants him to. Fortunately, he grows out of his existential/Beatnik phase and gets his life semi-together. Ah Logan, the son of a well-bred family (I have no doubt the Huntzbergers are an old, pure-blooded family), is certainly ambitious, when he isn’t being a lazy, good-for-nothing, hedonistic thrill seeker. He is amazingly talented and cunning, when he wants to be, and is often able to twist situations the way he wants them (I’m still in awe of the way he helped get the Yale Daily News out when Paris had her meltdown.) But dear old Logan, similarly to the Weasley twins, has a high intelligence threshold, little tolerance for the stifling environment of standardizing testing and book learning, and a love for getting into trouble, which no doubt resulted in his…erhm, early departure from school. Kirk was another character we felt fit in each Hogwarts House for various reasons. We respect his Gryffindor bravery to perpetually put himself out there, but that bravery could also be a Slytherin’s cunning ambition to have every job in Stars Hollow, and let’s not forget his Ravenclaw eccentricity and ability to learn and adapt to every job. In fact, his spotty social skills could often indicate high intelligence levels, giving Kirk a strong leaning towards Ravenclaw, but as writer Grace LeDuc aptly points out, Kirk is fantastic at finding jobs, and as editor Katie Racine reminds us, “Hufflepuffs are excellent finders.”

Town Selectman Taylor Doose’s ambitions begin and end with Selectman (and giving everything to his only love: Stars Hollow), as it gives him the power to make his surroundings exactly the way he likes it. His ambitions may be somewhat more local than most Slytherins, but one has to admit, his leadership of Stars Hollow has been unwaveringly strong across twenty years. 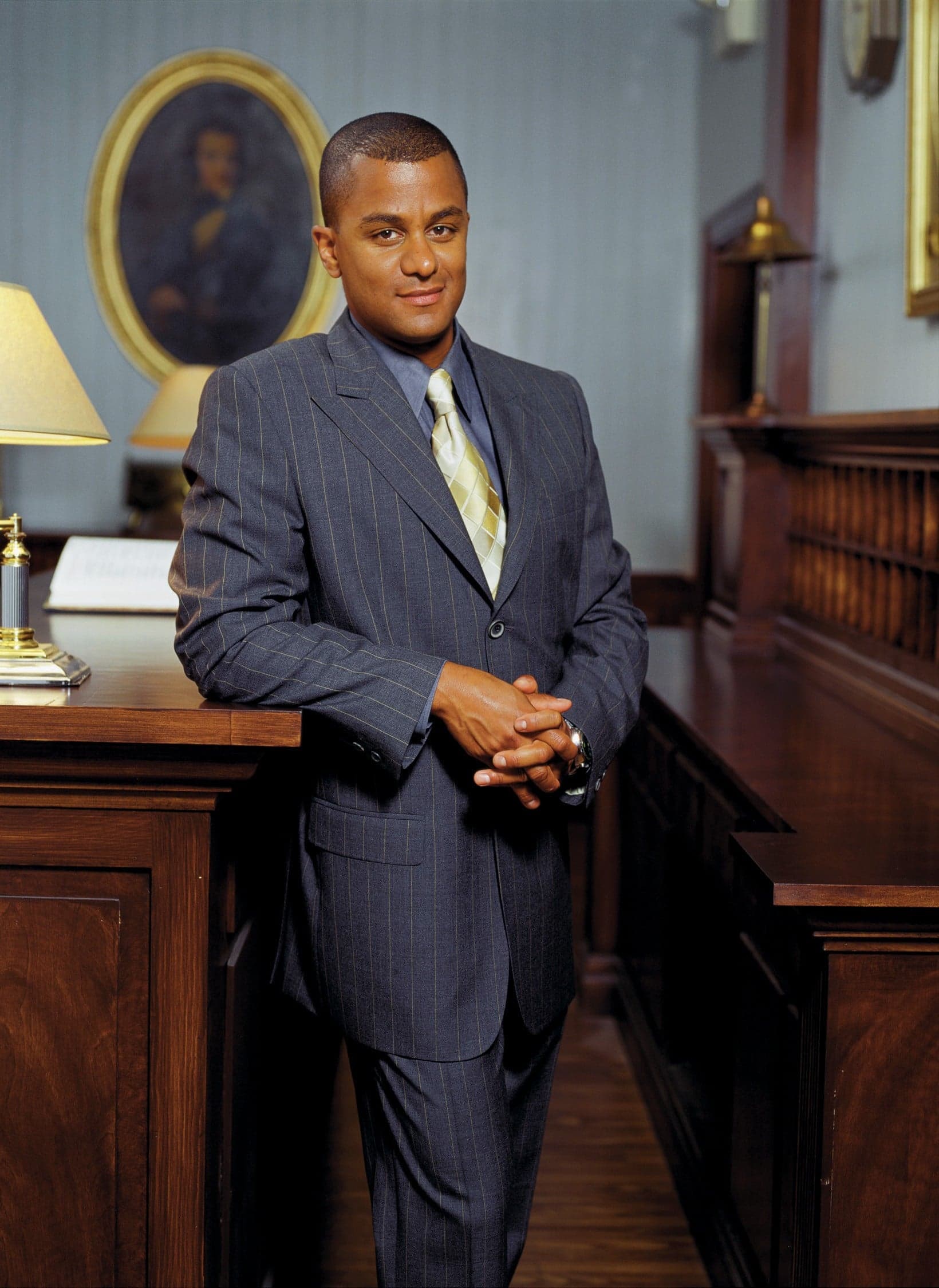 And of course, who could forget our beloved grumpy Frenchman. Even though his life’s ambition seems to be meeting Celine Dion as many times as possible, one can’t deny his temperament is textbook Slytherin.
Looking at these characters from a new angle was an enlightening experience. Some went exactly where you’d expect, and others…well, others are certainly debatable. Tell us in the comments if you agree or disagree with our Sorting!

30 Thoughts I Had While Watching the Golden Globes

The Death of a Cool Girl